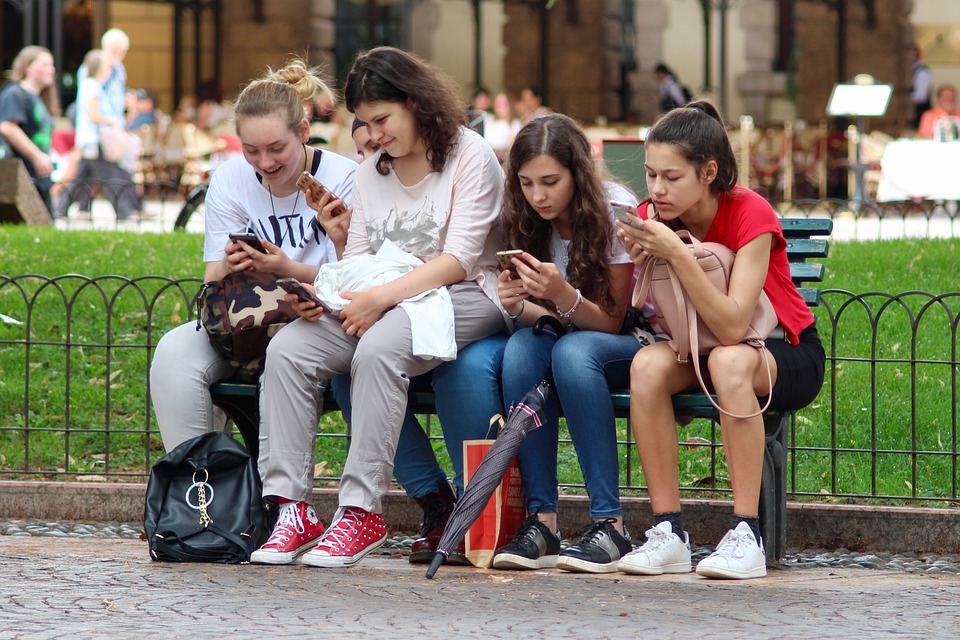 Summary: Teens who spend lots of time using digital devices are prone to psychiatric problems, reports a team of scientists in a new study. Children who are heavy users of digital devices are twice as likely as infrequent users to show symptoms of attention-deficit/hyperactivity disorder (ADHD), the study finds.

Are children who spend lots of time using digital devices prone to psychiatric problems? A team of USC scientists says yes in a new study that appears today in the Journal of the American Medical Association.

Teens who are heavy users of digital devices are twice as likely as infrequent users to show symptoms of attention-deficit/hyperactivity disorder (ADHD), the study finds. The association is persistent as researchers tracked nearly 2,600 teenagers for two years.

The study focuses on the mental health consequences of a new generation of ubiquitous digital diversions, including social media, streaming video, text messaging, music downloads and online chatrooms, among others. It differs from previous research that linked use of TV or video games to the illness.

“What’s new is that previous studies on this topic were done many years ago, when social media, mobile phones, tablets and mobile apps didn’t exist,” said Adam Leventhal, professor of preventive medicine and psychology and director of the USC Health, Emotion and Addiction Laboratory at the Keck School of Medicine of USC.

“New, mobile technologies can provide fast, high-intensity stimulation accessible all day, which has increased digital media exposure far beyond what’s been studied before,” he said.

The findings have ramifications for parents, schools, technology companies and pediatricians concerned that tech-dependent teens are driven to distraction — or worse. For example, a recent survey by nonprofit Common Sense Media showed teens spend about one-third of their day — nearly nine hours — using online media. A separate survey published last month by the U.S. Centers for Disease Control and Prevention shows 43 percent of high school students used digital media three or more hours per day. While the popularity of digital media in kids is well known, the impacts are not.

In the USC study, the scientists began with 4,100 eligible students, ages 15 and 16 years, across 10 public highs schools in Los Angeles County. The schools represented mixed demographic and socioeconomic status, from South L.A. to the San Fernando Valley to the San Gabriel Valley. The researchers focused on teens because adolescence marks a moment for ADHD onset and unfettered access to digital media, Leventhal explained.

Next, they pared to 2,587 participants by removing students for preexisting ADHD symptoms. The scientists’ goal was to start with a clean slate to focus on occurrence of new symptoms manifest over the two-year study.

The researchers asked students how frequently they used 14 popular digital media platforms. They sorted media use frequency into three categories: no use; medium use and high use. Next, the scientists monitored the students every six months between 2014 and 2016. They sought to determine if digital media use in 10th grade was associated with ADHD symptoms tracked through 12th grade.

“We can’t confirm causation from the study, but this was a statistically significant association,” Leventhal said. “We can say with confidence that teens who were exposed to higher levels of digital media were significantly more likely to develop ADHD symptoms in the future.”

The National Institute of Mental Health describes ADHD as a brain disorder with symptoms that include a pattern of inattention, hyperactive behavior and impulsiveness that interferes with functioning or development. It’s a common mental disorder in children and adolescents and also affects about 4 percent of U.S. adults, according to the National Institutes of Health.

Leventhal, the corresponding author of the study, said the findings help fill a gap in understanding how new, mobile media devices and seemingly limitless content options pose a mental health risk to children. And the findings serve as a warning as digital media becomes more prevalent, faster and stimulating.

“This study raises concern whether the proliferation of high-performance digital media technologies may be putting a new generation of youth at risk for ADHD,” Leventhal said.

Materials provided by University of Southern California. Original written by Gary Polakovic. Note: Content may be edited for style and length.